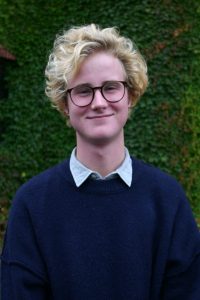 Sam Ahler is a 4th year from Lake Geneva, Wisconsin studying Conservation Biology and Environmental Studies, with a certificate in LGBTQ+ Studies.  He conducts research on the belowground dynamics of Wisconsin plant communities in response to management practices and climate change. Outside of research, Sam is the manager of Ellen Damschen’s Plant Ecology Lab in the Integrative Biology Department and volunteers at the Nelson Institute for Environmental Studies. In his free time Sam eats too much vegan food, looks at native flowers, and passionately sings 90s feminist pop in his yellow Prius. 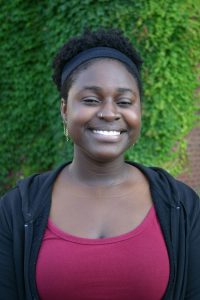 Kudirat Alimi is a senior from Bronx, New York majoring in Computer Science with a certificate in Game Design. She is also a New York Posse Scholar and a part of the National Society of Black Engineers. Kudirat dedicates her time to being a graphic designer for the Dissonant Magazine and conducting research through the Psychology Department on games and their ability to evoke emotion. In the future, Kudirat hopes to develop meaning games and explore therapeutic games. In her free time, Kudirat enjoys making art, watching psychologically thrillers, reading conspiracy theories, and playing the sims. You might even find her pulling all-nighters at College Library! 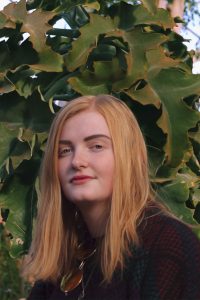 Chloe Baumbach is a third-year student from Madison, Wisconsin. She is double majoring in People-Environment Geography and Environmental Studies. During her time as a scholar, she worked on studying the patterns of Swimmer’s Itch in Wisconsin through the Aquatic Ecology and Conservation department. In addition to URS, Chloe is one of the music directors of Pitches and Notes a cappella on campus. In her free time, she writes and records her own music, cooks Netflix documentary worthy foods, and watches The Vampire Diaries (for the 6th time)! 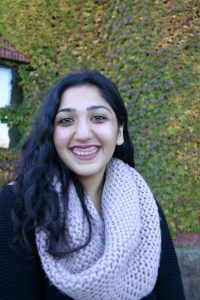 Shehrose Charania is a fourth-year studying Health Promotion and Health Equity with certificates in Global Health and Public Policy. She is a proud Posse scholar from Chicago and a House Fellow in Sullivan Hall. Shehrose also serves as an intern at the Wisconsin Alliance For Women’s Health, an organization that works to implement policies that improve adolescent and women’s health in the Madison area. Shehrose plans to pursue dual Master’s degrees in Public Health and Public Policy as she wishes to become a health educator; in this role, she hopes to promote healthy behaviors and to facilitate change that reduces health inequities through policy making. Shehrose also writes and performs spoken word. 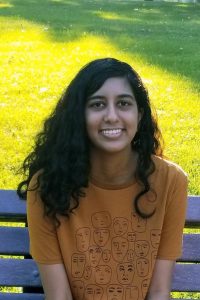 Sakuni Egodawatte is a third-year student from Naperville, Illinois. She’s majoring in Computer Sciences and Linguistics. During her time as a scholar, she worked on an Applied Linguistics research project in the Language Sciences department, that looked at how global languages students envision their future careers. Currently she’s trying to survive junior year, but when she’s not thinking about internships and grad school, she’s playing banjo, browsing YouTube and drinking tea (not all at once). 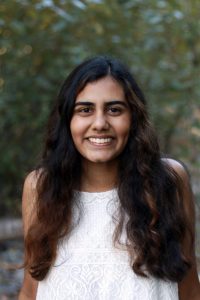 Ananya Heroor is a senior from Seattle, Washington studying Neurobiology with a certificate in Computer Science. As a scholar, her research was in the School of Human Ecology’s AWARE Lab where she studied contemplative practice for healthy family development. Currently, she does research in the Gallagher Lab at the Veterans Hospital where she analyzes gait abnormalities as an indicator of prodromal Parkinson’s Disease. When she is not at College Library, she enjoys scrolling through Twitter and trying new foods. 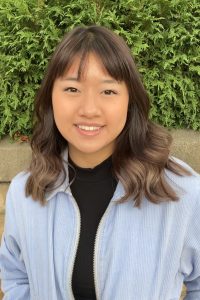 Eila Hoang is a third-year student from Long Grove, Illinois. She’s majoring in microbiology and plans to graduate after this year. After taking a gap year, she hopes to go to medical school to pursue a career in pediatrics. As a scholar, she worked with Martina Rau in the Learning Representations and Technology Lab exploring how different visual representations of atoms impacted how students learned specific chemistry concepts. Currently, she is a student leader with InterVarsity Christian Fellowship. In her free time, Eila enjoys singing and playing guitar, re-watching Parks and Recreation for the millionth time, and scrolling through fashion accounts on Instagram. 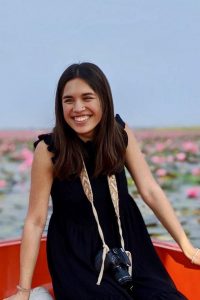 Sam Lettenberger is a fourth-year student from Plymouth, Minnesota studying Biology and Global Health in preparation for a career in public health and in healthcare as a physician assistant. Through URS, she began conducting research in the Ciucci Laboratory studying early-onset Parkinson Disease, focusing on the sex specific differences in disease progression. Sam has combined her passions for traveling and health equity through an internship with Days for Girls in Accra, Ghana and studying community health in Khon Kaen, Thailand. In her free time, she loves to try new foods, be outside and hike or run, and take an excessive amount of photos of her golden retriever.

Brett Merriman is a fourth-year student from Naperville, Illinois studying Physics and Applied Mathematics and is planning to attend graduate school for physics after this year. As a scholar, he with worked in the Kolkowitz Lab where he worked on finishing the lab’s construction and developed a laser system as part of an optical lattice atomic clock used to perform tests on fundamental physics. He has remained in the Kolkowitz Lab working on the atomic clock experiment. Brett also enjoys learning about different methods of teaching and learning. In his free time, Brett likes to exercise, cook, and listen to music. 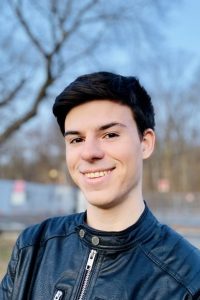 Liam Murphy is a third-year student from the Bronx, New York pursuing a major in Microbiology in the College of Agricultural and Life Sciences. Throughout his time enrolled in the Undergraduate Research Scholars program, he studied how barley genetics can influence drought tolerance at the United States Department of Agriculture’s Cereal Crops Research Unit. Currently, he also works as a House Fellow in Sellery Residence Hall. During his free time, Liam enjoys spending time outdoors, seeing friends, and binging Netflix shows or watching YouTube videos. He aspires to one day receive his PhD, though is still undecided as to what he wants his research to focus on. 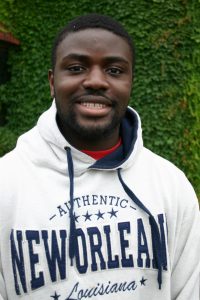 Ebenezer Ojo is a junior from Inver Grove Heights, Minnesota who is majoring in Microbiology. Ebenezer conducts research in the Department of Pediatric Urology, where he works with researchers to take data from pediatric doctors and study infants who are suffering from oligohydramnios. Beyond his research, Ebenezer is a part of Pres House, which is a religious organization on campus. He leads a small group called Prayer3 that shares information about the political climate and how it relates to religion. 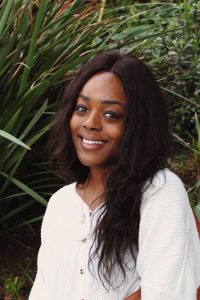 Annette Okafor is a fourth-year student pursuing a major in Biology and a certificate in Gender & Women’s Studies. Annette is from Eagan, Minnesota. During her time as a scholar, Annette worked in the UW Sociology Department researching racial and educational equity for black and white youth. Currently, Annette is involved in research at the Wisconsin National Primate Research Center and UW Department of Obstetrics & Gynecology researching Polycystic Ovary Syndrome. Annette plans to go to medical school and ideally work as a physician for black and brown birthing people in urban areas. In her free time, Annette loves to go on runs, read or try new iced coffee 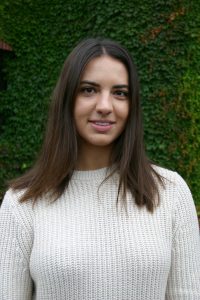 Natalie Pahapill is a fourth-year student originally from Toronto, Canada pursuing a major in Biology. She currently conducts research at the Ciucci lab in the Department of Surgery, which studies the improvement of treatments for communication and swallowing disorders in progressive neurologic disease such as Parkinson Disease. For the past three summers she also conducted research in Biomedical Engineering and Neuroscience at the Milwaukee VA with the Medical College of Wisconsin. In addition, Natalie is a Biochemistry Teaching Assistant, Communication Advisor at the University Hospital, and a Blood Donor Ambassador for the American Red Cross. In her free time, she can be found trying new restaurants, whipping up a mean avocado toast, or running the trails around the city. 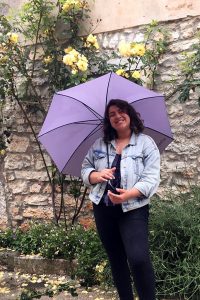 Nikki Prado is a fourth-year PEOPLE Scholar from Milwaukee, WI and spends her breaks in her hometown of Atotonilco el Bajo, Jalisco, Mexico. She studies Geography & Genetics with a certificate in Environmental Studies all with an emphasis on Public Health. During her time as a URS Scholar, she took part in the data collection for a nationwide research project pertaining to bettering health care outcomes for Veterans. She currently runs several projects, including a Media & Content management project for Roots4Change, where she helps Latinx & Indigenous Doulas bring the full extent of their services to the virtual world. During her free time, she enjoys cooking with her partner, going thrifting, and taking care of her plant babies. 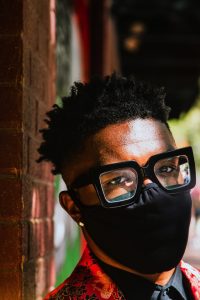 Kellen Sharp is a third-year student pursuing majors in Communication Arts: Radio, TV, Film and Psychology with a certificate in Digital Studies. He is originally from Milwaukee, Wisconsin (home of the Milwaukee Bucks). During his time as a scholar, Kellen worked with the Center for Ethics and Education on their Multimedia Curriculum Project. His role was to create podcasts out of interviews done with Education and Philosophy professors nationwide and develop study guides. Kellen currently is a team lead in the Social Kids Lab. In his free time Kellen enjoys recording music. 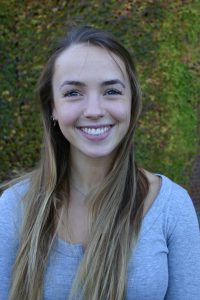 Lucy Shoemaker is a fourth-year student pursuing a major in Industrial Engineering as well as certificates in 3D Art and Computer Sciences. She grew up in a military family but came to Madison from Coronado, California. During her time as a Scholar, Lucy researched how children’s understanding of mathematical symbols at an early age affects their learning and overall success in upper level math courses. She is currently working as a Creative Consultant at Wheelhouse Studios, a free art space for students to work on creative projects. In her free time, Lucy enjoys working out, spending time outside or trying new coffee shops. 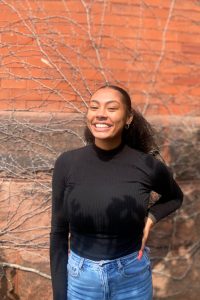 Jasmyne Short is a third year student pursuing majors in Social Welfare and Sociology as well as certificates in African Studies and Leadership. She is originally from Racine, Wisconsin which is about an hour and 30 minutes away from Madison. During her time as a Scholar, Jasmyne researched African Americans in 20th Century Denmark, along with creating online platforms for so the research could reach broader audiences. She is currently working as a House fellow at Ogg residence Hall. During her free time, Jasmyne enjoys spending time with friends, going shopping or binge watching Netflix. 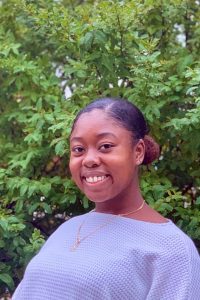 Syeeda Simmons is a fourth-year pursuing an Interior Architecture degree with a certificate in 2D Studio Art. She plans to pursue an Architecture Masters after graduation while working at a sustainable and classy Architecture & Interior Design firm, as she desires to ultimately run her own firm in the future. Syeeda also has a passion for education and is considering going to school to get her teaching credentials in the future. As a scholar, she conducted research in a botany lab studying plant behaviors and patterns. Although Syeeda is a Posse Scholar from Los Angeles California, she truly enjoys the fall weather Madison offers and the beautiful snowfall (sometimes). When not chowing down on avocado toast, Syeeda enjoys going to the movie theater (netflix/hulu for now), taking care of her plant babies and shopping! 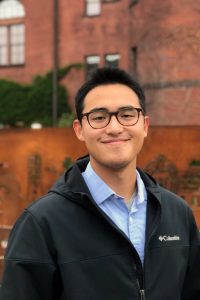 Michael Tang is a third-year student from Waukesha, Wisconsin pursuing a double major in Economics and Mathematics. During his time as a scholar, Michael studied the role of trust with respect to firm cooperation and performance, conducting a meta-analysis with a PhD student. Currently, he is working for the USDA as a Software Developer and is working on a health economics project with Professor James Walker. When he isn’t studying for class, you can usually find Michael curled up with a good book or biking the trails around Madison. 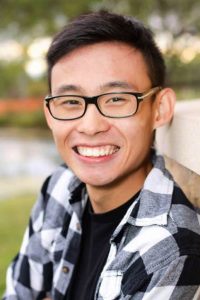 Phillip Vang is a third year student pursuing majors in Neurobiology and Psychology. He is originally from Cottage Grove, Wisconsin, about 20 minutes away from Madison. During his time as a scholar, Phillip researched loneliness in the college setting and how these prolonged feelings could affect physical and mental health.  He plans to go to medical school and to hopefully one day bridge the gap of physical, mental, and spiritual healthcare. During his free time, Phillip enjoys playing games, finding new foods to cook, or nerding out with friends.